The “right to fail” is an interesting argument. Effectively, it states that an individual may have a moral right to do something that is, from the moral point of view, “wrong.”

Here are a few examples: 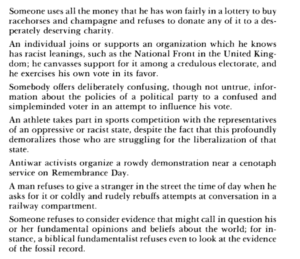 Abstracting the details of the ethical argument, I want to think of this in real terms. How often, in life (both in the professional and personal spheres), are we stopped from doing the wrong thing.

In other words, how often are we morally confined to do something just for the sake of doing it the “moral way.” Is that immoral in itself?

How to build an MVP