You Should Tell EVERYONE About Your IdeaI’ve had some of these interactions as of late: Me: “What are you working on?”Other: “I Can’t Really Tell, It’s not out yet”

I’ve had some of these interactions as of late:
Me: “What are you working on?”
Other: “I Can’t Really Tell, It’s not out yet”

I always respect others decisions to go incognito with their ideas. But unless you are going to the moon and interacting with an alien race — why wouldn’t you be able to tell me?

So my thought is to always tell people about your ideas. Test assumptions quickly. While you shouldn’t heed everyone’s personal feedback, the idea is to constantly iterate, adapt (pivot), and make the idea better.

The key here, I think, is to tell people about your idea and rapidly test.

I see people work on their “secret startups” all of the time. And I don’t think you are doing yourself any favors. (idk)

Like you could go up to Tim Cook (CEO of Apple) right now, leave him a detailed explanation/recipe for whatever it is you are going to build, and he would do nothing with it. Most likely because, in the grand scheme of things, you are not important to him or Apple yet.

Look at Casey Neistat, one of the internet’s most influential people and someone I look up to for his consistent push of creativity and quality on youtube. He gets millions of views every day.

And he literally tells you exactly how he does what he does.

It’s in the description of every video he makes. Staring right in front of you. And I’m sure he has inspired some people start vlogging on their own, and I am sure many people have not become as successful as he has.

In this space, you need to be 100x the best executer.

But I attribute this to the idea that Casey will continue producing quality consistently for longer than anyone else. And for that reason alone, Casey will win.

It’s the same thing with YCombinator. I remember hearing Sam Altman lecture on how to start your own version of YC. They literally give you the instructions for how to build your own accelerator. Copy them. Go ahead, try it. Try executing as well.

Both the idea and the execution are important. But people undervalue the execution side of things, when in reality — that part is the differentiator.

Everyone comes up with ideas, the hard part is doing something with them.

Look at Product Hunt. Ryan Hoover’s original idea: a list of products. It’s not rocket surgery (sorry). But he and a kick-ass team (+ Andrew Ettinger ) did it, so well, that everyone in the world talks about it.

We could sit in a room and come up with some of the world’s best ideas for the next 10 years. It’s all about doing them.

Go ahead and do them.

Aside: starting a company should not be everyone’s goal. Do what makes you happy!

Differentiating your Resume
Life is not a roller coaster . 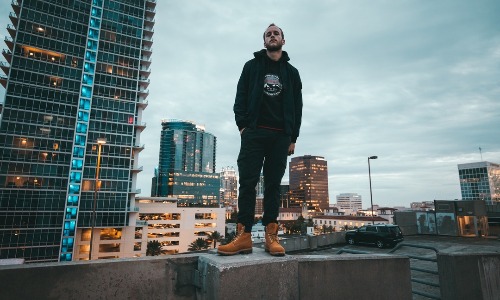 Doing Because I Want To